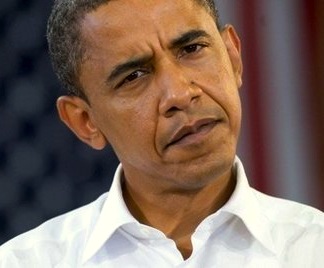 The Middle East — the world’s most volatile region — is on its way to becoming the world’s most nuclear-weaponized region. Iran, Turkey, Saudi Arabia and Egypt all aspire to regional preminence.

This article, by Lawrence Solomon, first appeared in the National Post

President Obama entered office determined to roll back the nuclear arms race, ambitiously calling for a global treaty banning the production of nuclear bomb-making materials. President Obama stands to leave office amid the widest expansion of nuclear weaponry that the world has ever seen. He will not go down in history as the Nuclear Disarmament President, his intended legacy to the world, but rather as the Proliferation President.

The Middle East is ground zero in the Obama-era phenomenon of spreading nuclear weapons to dictatorial regimes. Before he assumed office in 2009, Israel was the region’s sole nuclear power. That Israeli monopoly suited most of Israel’s neighbours, particularly since Israel could be counted on to take out the nuclear weaponry of regional tyrants who also threatened them. For more than half a century, Israel enforced its nuclear monopoly and the region retained its no-nuclear-worries status.

Enter Barack Obama, determined to win over the Mullahs of Iran and end the state of belligerency between Iran and the U.S. In aid of these goals, he has prevented Israel from taking out Iran’s nuclear facilities, as it had Iraq’s and Syria’s, he has accepted that Iran’s nuclear program can’t be stopped, and he is even negotiating an agreement that would legitimize Iran’s nuclear bomb capability. Iran’s ascendancy as a nuclear power has ended the region’s no-nuclear-worries status. Among the countries now worried: Saudi Arabia, Jordan, Egypt and Turkey. All are now pursuing the nuclear bomb.

The Middle East — the world’s most volatile region — is on its way to becoming the world’s most nuclear-weaponized region. Iran, Turkey, Saudi Arabia and Egypt all aspire to regional preminence. All hold age-old grudges against their neighbours. All are today engaged in direct or indirect armed conflicts with their neighbours. All will be aiming nuclear bombs at their neighbours and most are also subject to toppling by ISIS or another terrorist group. The Biblical prophesy of an Armageddon in the region never looked more plausible.

Obama’s reset in the Middle East, which included toppling long-standing allies such as Egypt’s Mubarak, raised other worries, too. Every single country that had seen the U.S. as a dependable ally prior to Obama’s presidency — Egypt, Saudi Arabia, Jordan, Turkey and Israel among them — now sees the U.S. as fickle and undependable, in some cases even hostile. No country in the Middle East today believes the U.S. has its back. Every country believes it has to go it alone.

As in the Middle East, so too in the South and East China Seas, where China, a nuclear weapons state, is forcefully laying claim to islands and resources claimed by Japan, South Korea, Taiwan and the Philippines, all American allies. Before Obama’s presidency, these allies restrained their military readiness, drawing comfort in the expectation that America’s stature and its nuclear umbrella would help shield them from Chinese belligerency. Now these countries believe they could be abandoned, and are acting accordingly.

These countries have long been under pressure from the U.S. not to develop nuclear weaponry, leading them to stop short of acquiring full bomb-making capability. Taiwan, which had a nuclear weapons program in the 1970s, shelved it after being convinced that it was better off under the U.S. nuclear umbrella. Japan had also been persuaded to rely on U.S. guarantees, but the persuasion only went so far. Anticipating that circumstances might change in future, Japan acquired the technical know-how and the materiel needed to produce bombs — some 44 tons of plutonium, enough for 5,000 bombs. It is now fast-tracking the building of a fast-breeder plutonium reactor capable of producing another 8 tons, or another 1000 bombs, a year.

Japan used to downplay its “bombs in the basement,” as its bomb-making capabilities are known. But with Obama’s reluctance to project U.S. military power abroad, and China’s consequent assertions of its claims in the China seas, Japan has begun to play its nuclear card with off-the-record comments that acknowledge its nuclear prowess. Japan’s advanced space program, thought capable of delivering nuclear weapons, adds to the growing angst many feel in the region, as do South Korean desires to follow in Japan’s footsteps.

As in the China Seas, so too in eastern Europe, where an emboldened Russia, confident of American inaction, has seized Ukrainian territory, for good measure reminding all of its nuclear weaponry. Putin is now violating Russia’s decades-long arms agreement with the U.S. and building up its nuclear arsenals.

The more Obama preaches global peace, the more he brings Planet Earth to the nuclear brink.

Lawrence Solomon is one of Canada's leading environmentalists. His book, The Conserver Solution (Doubleday) popularized the Conserver Society concept in the late 1970s and became the manual for those interested in incorporating environmental factors into economic life. An advisor to President Jimmy Carter's Task Force on the Global Environment (the Global 2000 Report) in the late 1970's, he has since been at the forefront of movements to reform foreign aid, stop nuclear power expansion and adopt toll roads. Mr. Solomon is a founder and managing director of Energy Probe Research Foundation and the executive director of its Energy Probe and Urban Renaissance Institute divisions. He has been a columnist for The Globe and Mail, a contributor to the Wall Street Journal, the editor and publisher of the award-winning The Next City magazine, and the author or co-author of seven books, most recently The Deniers, a #1 environmental best-seller in both Canada and the U.S. .
View all posts by Lawrence Solomon →
This entry was posted in Nuclear Power, Nuclear Proliferation and tagged Egypt, iran, nuclear proliferation, nuclear weaponry, President Obama legacy, saudi arabia, Turkey. Bookmark the permalink.