Lawrence Solomon: Why it looks like ‘game over’ for global warming

(April 15, 2016) The next ice age may have already begun, its beginnings temporarily masked by El Niño.

This article, by Lawrence Solomon, first appeared in the National Post 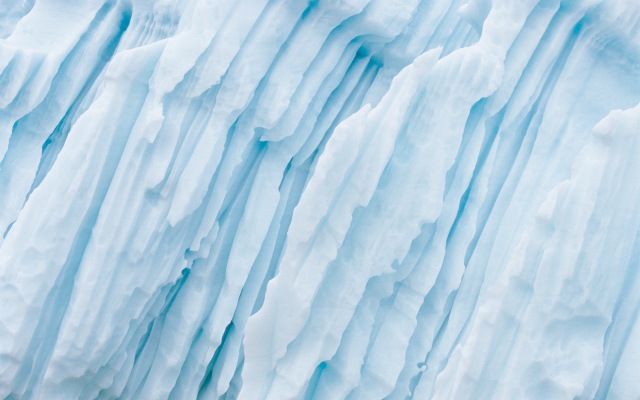 The next ice age may have already begun, its beginnings temporarily masked by El Niño.

“Earth’s 2015 surface temperatures were the warmest since modern record keeping began in 1880,” according to an analysis released by NASA earlier this year. “Globally-averaged temperatures in 2015 shattered the previous mark set in 2014 by 0.23 degrees Fahrenheit (0.13 Celsius). Only once before, in 1998, has the new record been greater than the old record by this much.”

Other agencies, ones that measure temperatures in the atmosphere rather than on Earth’s surface, also found 2015 to be a warm year, although not a record-breaker. Either way, 2015 could have historical significance, according to findings by many scientists. It could mark the year that global temperatures started hurtling downward, setting Earth on a prolonged period of global cooling.

Like 1998, which NASA referenced, last year was an El Niño year — a year in which warm Pacific surface waters bathe the planet, notably raising temperatures. El Niños, first recognized by fishermen off the coast of South America in the 1600s, have always been with us, visiting the Earth in irregular fashion every few years, bumping up temperatures for six to 18 months. The 1998 and 2015 El Niños are especially noteworthy, because they were monsters — each raised surface temperatures in the central and eastern Pacific by a whopping 4.1 degrees Fahrenheit (2.3 Celsius), according to the National Oceanic and Atmospheric Administration’s Climate Prediction Center, making them the strongest El Niños since recordkeeping began in 1950.

Put another way, without last year’s El Niño, 2015 could have seen a substantial temperature drop over 2014, rather than a 0.23-degree increase. Since the 2015 El Niño is believed to be now winding down, we can expect temperatures to drop later this year and next, possibly by a lot, especially since El Niños are typically followed by La Niñas, the cool phase of the Pacific Ocean’s temperature fluctuations, when surface temperatures fall below average.

But after La Niña ends, temperatures may continue to fall. Since the 1970s, scientists have been telling us that, based on Earth’s natural glacial cycles, we’ve been due — even overdue — for another prolonged period of global cooling. Visible evidence from the sun provides a more immediate warning: Sunspots have all but disappeared. This last happened during the centuries-long Little Ice Age that began in the 15th century, when astronomers using the recently invented telescope saw only about 50 sunspots over a 30-year period, rather than the thousands that would normally have been expected. This period — which saw the Thames River in London freeze over and widespread starvation due to crop failures — is known as the Maunder Minimum, named after the English astronomer Edward Maunder. In recent years there has been a growing drumbeat from solar scientists who think we could be entering a new Maunder Minimum.

“I’ve been a solar physicist for 30 years. I’ve never seen anything quite like this,” Richard Harrison, head of space physics at the Rutherford-Appleton laboratory in Oxfordshire told BBC two years ago. Harrison states that the rate at which solar activity is falling mirrors the Maunder Minimum period of “really cold winters in the northern hemisphere, where you had a kind of a mini-ice age.” According to professor Mike Lockwood of the University of Reading, we’ve been seeing the fastest decline in solar activity in 10,000 years. In an interview with the BBC’s science editor, he stated that he views the risk of a new Maunder Minimum at 25 to 30 per cent, up from 10 per cent just a few years earlier.

Lockwood’s estimate was independently buttressed last year by a team of European researchers in a presentation to 500 astronomers and space scientists at the Royal Astronomical Society’s National Astronomy Meeting in Wales. Their well-received scientific model indicates that reduced solar activity will lead to a mini ice age from 2030 to 2040. Another study of sunspots last year by Indian, Chinese and Japanese astronomers, published in the Journal of Geophysical Research, indicates that a new ice age could start as soon as 2020 and reach its depths by 2030 to 2040.

Then again, the next ice age may have already begun, its beginnings temporarily masked by El Niño. According to Habibullo Abdussamatov, head of Russia’s Pulkovo Observatory of the Russian Academy of Sciences, in late 2014 we began our descent into another Little Ice Age, the 19th that Earth has experienced in the past 7,500 years. His analysis indicates the ice age will reach worrying depths — a “deep cooling,” imperiling the energy security of the planet — in 2060.

Against this gloomy prognosis for a frigid future, some may find solace in the work of scientists at the Potsdam Institute for Climate Impact Research in Germany. Humans burning oil, coal and gas have already emitted CO2 “sufficient to postpone the next ice age for another 50,000 years,” they stated earlier this year. “The bottom line is that we are basically skipping a whole glacial cycle,” an outcome that they see as unwelcome.

Although the last Little Ice Age had its drawbacks (Finland’s population shrank by one-third; Iceland’s by half), it also had its benefits. As Potsdam Institute director Hans Joachim Schellnhuber explains, “we owe our fertile soil to the last ice age that also carved out today’s landscapes, leaving glaciers and rivers behind, forming fjords, moraines and lakes.” That should be of some solace, should we find ourselves shortly shivering through the next one.

More on this from the Energy Probe files

Lawrence Solomon is one of Canada's leading environmentalists. His book, The Conserver Solution (Doubleday) popularized the Conserver Society concept in the late 1970s and became the manual for those interested in incorporating environmental factors into economic life. An advisor to President Jimmy Carter's Task Force on the Global Environment (the Global 2000 Report) in the late 1970's, he has since been at the forefront of movements to reform foreign aid, stop nuclear power expansion and adopt toll roads. Mr. Solomon is a founder and managing director of Energy Probe Research Foundation and the executive director of its Energy Probe and Urban Renaissance Institute divisions. He has been a columnist for The Globe and Mail, a contributor to the Wall Street Journal, the editor and publisher of the award-winning The Next City magazine, and the author or co-author of seven books, most recently The Deniers, a #1 environmental best-seller in both Canada and the U.S. .
View all posts by Lawrence Solomon →
This entry was posted in Climate Change, Global Cooling and tagged Global Climate Change, Lawrence Solomon, Little Ice Age. Bookmark the permalink.

4 Responses to Lawrence Solomon: Why it looks like ‘game over’ for global warming